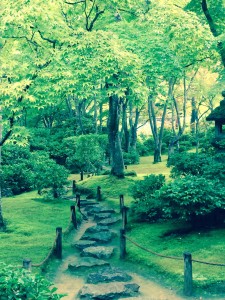 Nations still separately regulate conduct that concern data privacy rights for the protection of personal information. The worldwide web increasingly raises issues because the pluralistic regulation of cross-border conduct that implicates privacy interests can result in conflicts of national regulations.

Before nations reach a convention on privacy rights and duties, the lack of standards invite divergent legal systems to adopt different standards of substantive or procedural law. Other differences may arise in the exercise of jurisdiction over disputes as well as the in the extent of public enforcement.

Absent common rules, as Martin Wolff observed in in 1951, it is generally “the function of Private International Law to determine which of several valid legal systems is applicable to a given sets of facts.”

As reliance upon the transmission of personally identifiable information across borders grows to make the best use of private data, nations will need to improve the old territory-based legal systems to resolve cross-border questions, in view of the competing interests at stake.

Many expect that this generation will see an emergence of conflict of law rules. Theses rules will likely help businesses to better predict how to operate within common rules of engagement. These rules also will increasingly become harmonized with one another. However, at this time there are stark differences between distinct systems of la that vary by national regimes.

Indeed, nearly 50 years ago,the United Nations enshrined the principal the “everyone has the right to the protection of law” against interference with privacy and that “no one shall be subjected to arbitrary or unlawful interference with his privacy, family, home, or correspondences, nor to unlawful attacks o his honor and reputation.” On that theme, by 1998, the European Union, implemented a Directive on the protection of individuals with regard to the processing of personal information and on the free movement of such data that prohibited the transfer of personally identifiable data out of the E.U. to any nation whose laws are deemed inadequate.

As the Federal Trade Commission has recently observed in the U.S., in the era of new media, “companies are collecting, storing, and sharing more information about consumers than ever before.” Recent FTC reports clarify that “[a]lthough companies use this information to innovate and deliver better products and services to consumers, they should not do so at the expense of consumer privacy.”